Earlier this month, New York-based artist Kehinde Wiley launched his latest exhibit at Roberts & Tilton Gallery in Los Angeles. The prolific painter, who is also based in Beijing, traveled to Haiti to produce a series of twelve large-scale portraits of Haitian women. The end result is a colorful and vivid depiction of life in this small island nation. The collection presents something new for the painter, who has typically painted Black men. The exhibit is part of his series, The World Stage, where Wiley has traveled to several countries including India, Dakar and Brazil to paint locals that inspire him. 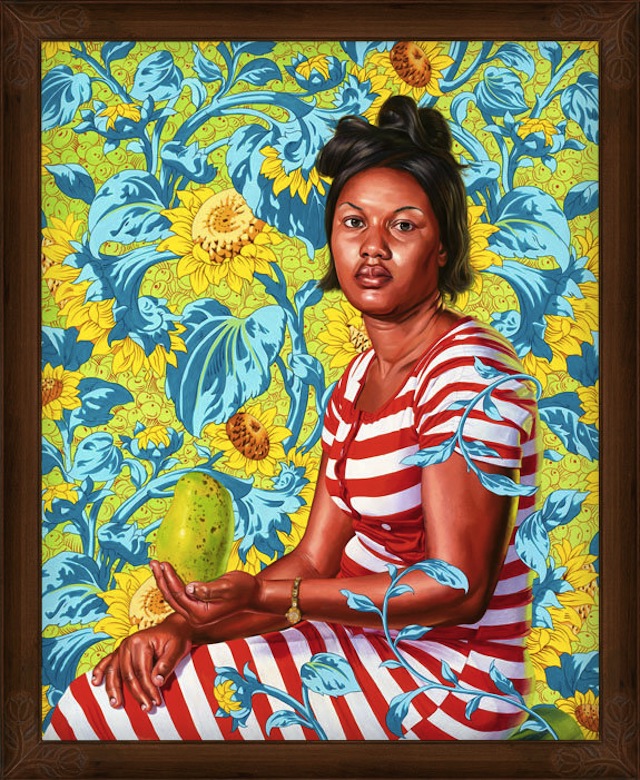 Haiti: The World Stage, will be on exhibit until October 25th.

The Everlast Series By Jeffrey Gibson