Coding, recoding, the DNA of shapes, the creation of new data points that speak to Blackness. All of this and more was part of our discussion with Brooklyn-based artist Damien Davis. We met with Davis at the posh Manhattan offices of Uprise Art, a New York City art gallery focused on engaging the next generation of collectors. Surrounded by artwork from a community of emerging contemporary artists, we sat with Davis to discuss the inspiration behind his own work, and his series of prints entitled, Blackamoors. Through our dialogue we learned not only about what drives this artist, who is working with new mediums like digital printing and complex software algorithms. We also discussed how his work represents an important new direction in African American art, moving beyond the figurative, and embracing new technologies to tell our story.

How did your journey as an artist begin?

I guess I’ve been doing it my whole life. I don’t have a moment where I decided I’m an artist. I think there was a moment when I decided that I could be an artist. When I was maybe sixteen in high school I was taking this art class and the teacher introduced me to this established artist who was important in the Phoenix area, where I grew up: Dr. Eugene Grigsby. He was a protégé of Aaron Douglass. He was the one to first convince me that I could pursue art as a career and he was the one who talked me into applying to NYU for college. I attribute all of this to him. The work that I do is celebrating his legacy and the legacy of artists from that time. I’m always trying to do them justice as best I can.

Describe your work? What is the significance of the unique shapes?

The work is really about understanding the way Blackness gets coded and recoded in various cultures throughout the world. And that primarily gets accomplished through this loosely fixed lexicon of shapes. I’m always working with these shapes and the shapes are all being sourced in different ways. There are some that have a really personal history, some that are more anthropological by nature, other ones that are more concerned with stereotypical depictions of Blackness. I’m also trying to push the limits of what these shapes can do narratively by juxtaposing them, mixing them and reworking them into different configurations constantly.

It feels like you’re having a conversation with the viewer. What is that relationship you’re building?

A lot of the shapes are dealing with issues of currency. Cowrie shells, tobacco leaves, but also other forms of currency – emotional, sexual, people as currency. I’m really interested in this moment where people are drawn in by the thing, and then explore what a particular shape is about. It creates a space to talk about things that are uncomfortable. It’s creating work that functions as a trap door. People are drawn in because it seems like it’s not about Black people and they feel safe to engage, and then they ask about what a particular shape is about. Hopefully there is a moment where people are trying to reconcile the things that they are looking at, the shapes, and the connotations. I like the idea that you’re tumbling into it. Where hopefully the shapes get more complex and your relationship to them gets more complex over time.

What is the medium that you’re working with to create each piece?

I explore digital forms of output. For me the work is the data that exists in the computer. I’m really interested in lines and vectors and how various sets of data points can be used both conceptually and aesthetically and then seeing all the ways I can output that. These prints are a collaboration with the software in a way, made using a software called VCarve. It is a software that woodworkers use to program milling machines. There’s a functionality in the software that allows you to organize and consolidate objects to make the most efficient use of a piece of wood. I stumbled into these works basically using the software to make compositions out of my shapes.

There is a materiality to your work. How do you bring the human element home?

I like to make objects that have a tactile quality and I’m interested in preserving the honestness of the material. I don’t ever want there to be a question of what kind of material you’re looking at. If it’s plexiglass I want it to look like plexiglass. If it’s paper I want it to look like paper. And then the question becomes how can you make the paper look the most like paper. They are digital prints on a cold pressed paper. It’s got a texture to it. The piece is saturated with more ink due to the nature of the paper. And then I hand-tear it. I’m trying to put as much humanity back into the piece as I can since it’s made through digital means.

As someone who is using new digital mediums to create your work, how does afrofuturism fit into your artistic philosophy?

I have so much respect for afrofuturists that I feel weird ever saying that I’m one of them, but I try to embody those ideals as much as possible with the work that I’m making. I think there a lot of people that want to claim that and say “I’m an afrofuturist” and not necessarily want to live that. And I think living that requires constantly looking towards the future and a constant willingness to embrace new things, some things that are considered different and weird and that are difficult to understand. The technology is a key part of that for me. In my mind it’s the best way to uphold an afrofuturist sensibility. It’s to constantly be looking for new modes of making things.

Each piece has a gorgeous color palette. How does color theory fit into your work?

I’m interested in critiquing the way that culture gets imported into technology. All the colors are from a set palette in Adobe Illustrator that’s called “Ancient”. I’m interested in those weird things in the software like a skin tone palette. They’ve got one called “Primitive”. By investigating these preset palettes in softwares I’m able to research – What are we doing with people psychologically when we construct colors in these ways? How are we using color to manipulate peoples emotions, feelings and psychological states?

As an artist, where do you feel your work fits within the pantheon of Black art?

There’s a couple of interests that I have in terms of the content and the type of work that I make. There’s my interest in maintaining a digital art practice that moves beyond stereotypical aesthetics of what digital art is supposed to be. I’m not interested in pixels, grids and stuff like that. It’s about challenging what contemporary African American art looks like. I want to offer something different and I’m interested in thinking about the ways that Blackness gets constructed outside of a Black figure.

A Fashion-Inspired Oasis In The Bronx 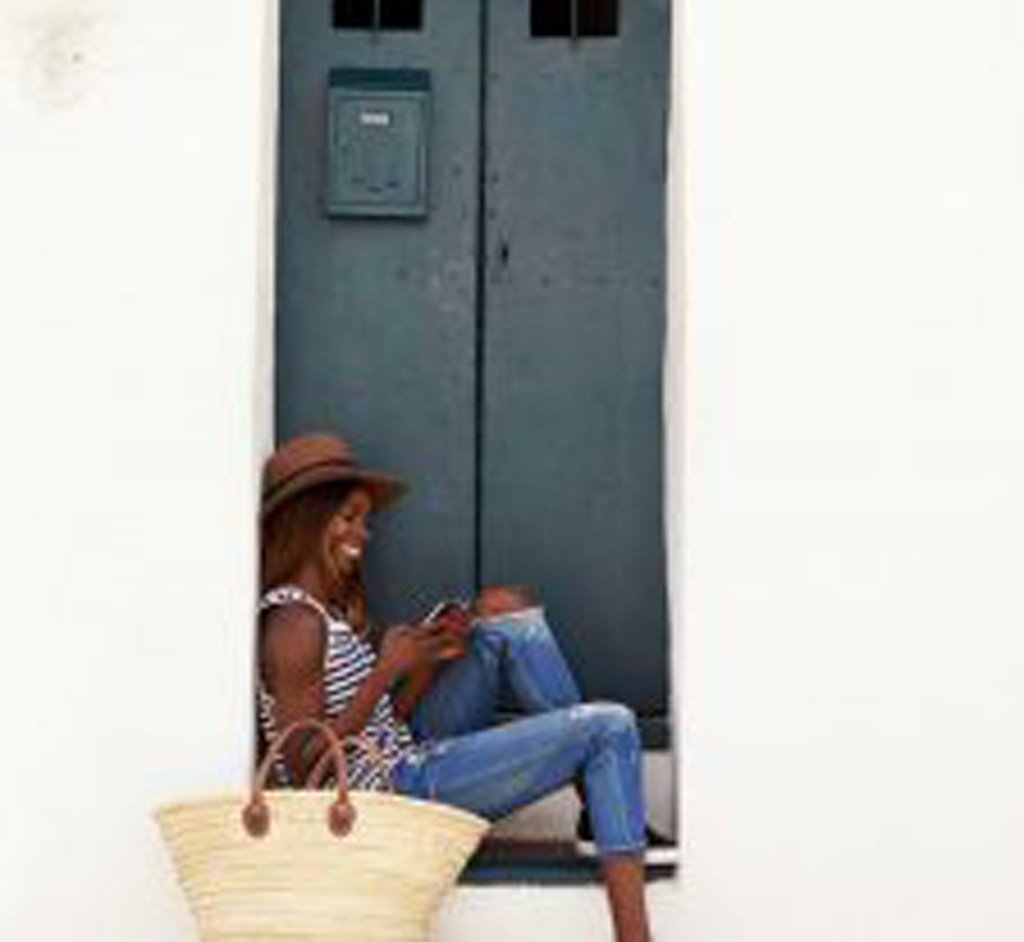